How Does It Work?

Let’s assume that two organizations, UOI A and UOI B, want to use the ULI service.

The following diagram shows the ULI initialization and resolution process: 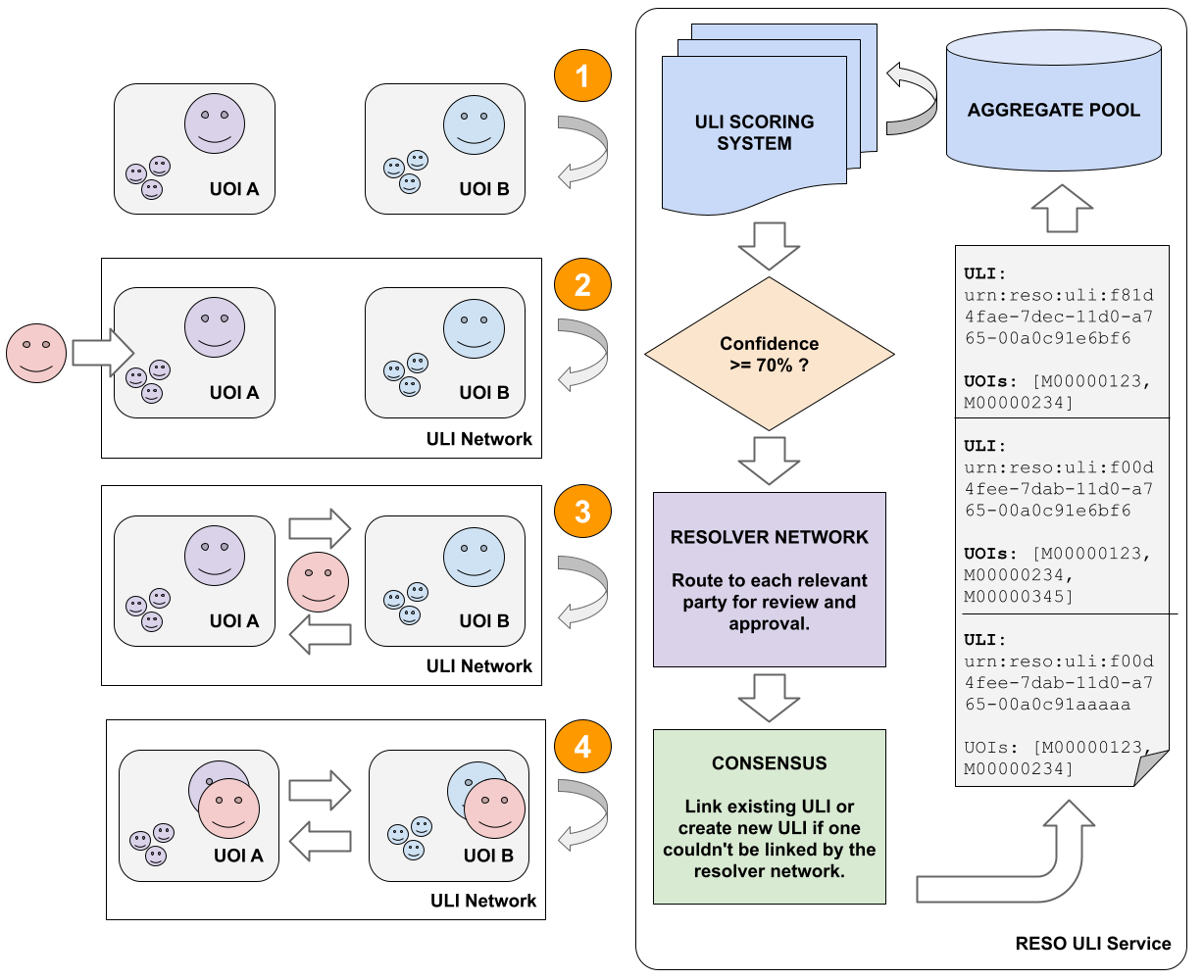 1. Organizations UOI A and B Join the ULI Service

Licensee data for orgs UOI A and B needs to be ingested when they join the network. Any potential duplicates will be found and resolved, as needed.

Now let’s assume that a new licensee wants to join organization UOI A. The membership staff in UOI A would search for the new licensee in the ULI Service, potentially using information from their licensing board. If no match is found, a new ULI is created for the licensee. If matches are found, then each organization needs to resolve them before proceeding.

3. Common Licensee Identified Between UOI A and B

In this case, an existing licensee was found in UOI B with a confidence of 70% or greater. The RESO ULI Service notifies UOI A and UOI B and asks them to take action.

There are three options at this point:

Once the licensee has been resolved, its ULI can be used in both organizations.