The following screens show various UI elements in the system.

When a new licensee wants to join a given organization, its membership staff would search the ULI Service to see whether an existing licensee exists. The green check marks show fields that matched their search and a red x means those criteria didn’t match.

In this case, two potential licensees were found with a confidence of 70% or greater and one was found with a score of 20%, which isn’t shown because it falls below the confidence threshold. 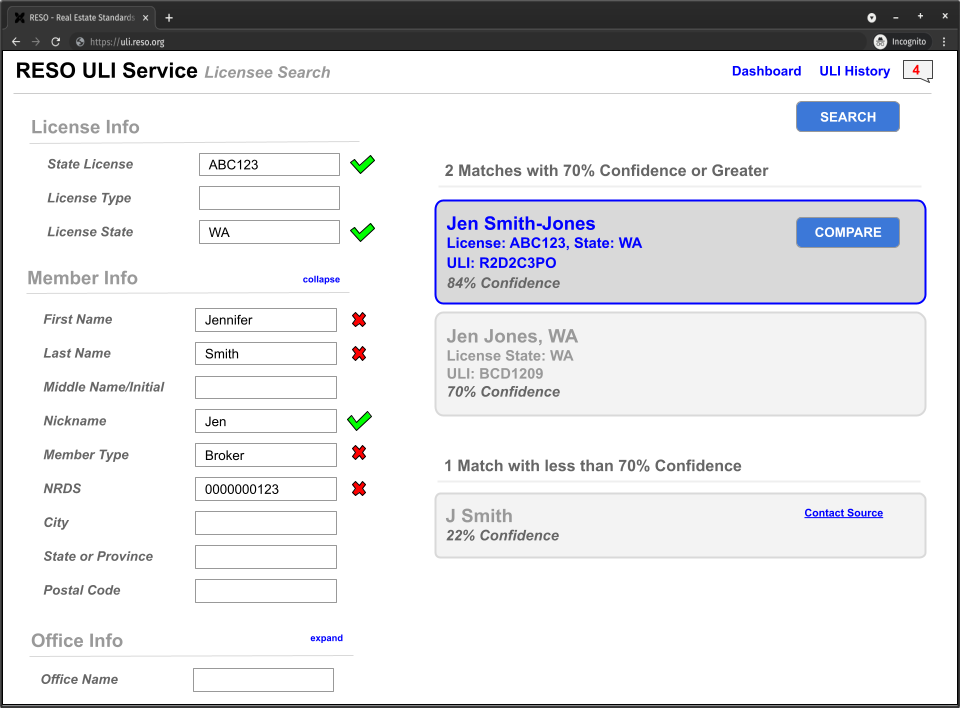 The membership coordinator uses the comparison screens to review each possible match. If they find a suitable candidate, they select “CONFIRM MATCH.” 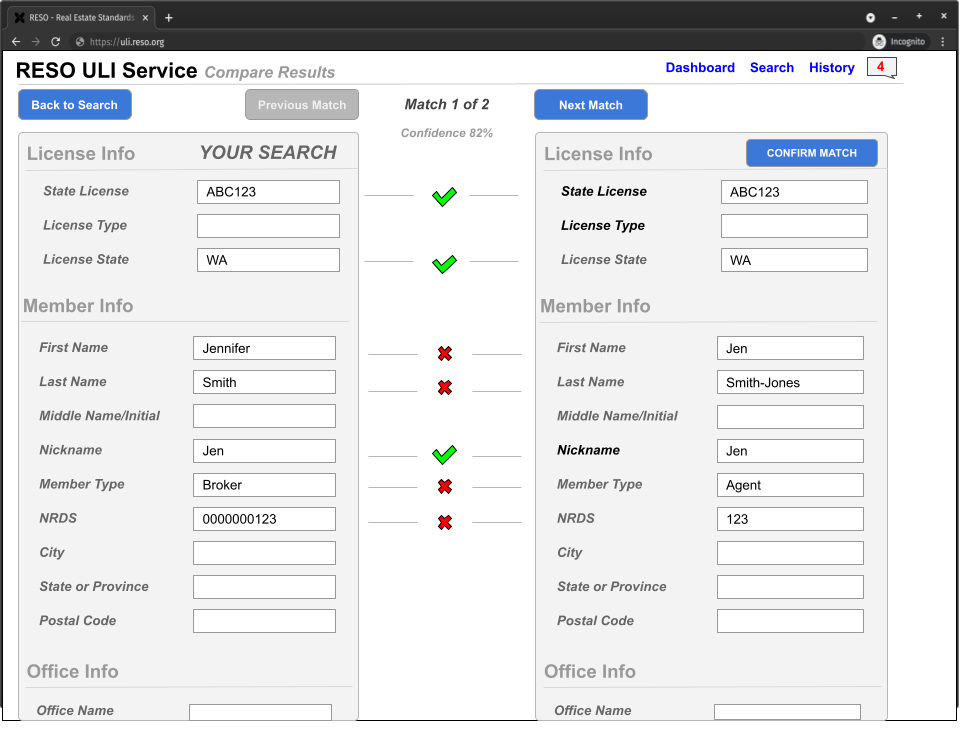 If no matches were found, the user has the option to create a new ULI. 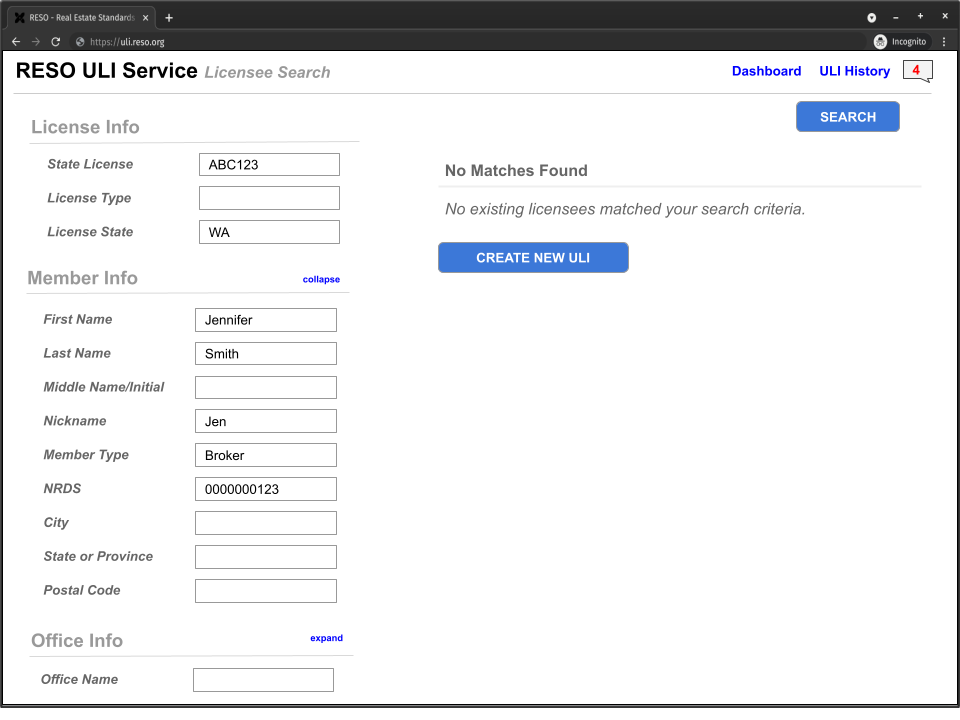 When new matches are found, either by a change in licensee data or new data being ingested into the ULI Service, participants are notified of the match and given the option to either keep the existing record, use the new record, or merge both records into a new ULI.

When existing ULIs are unlinked from one record and assigned to another, all previous records are retired and linked to the new record. 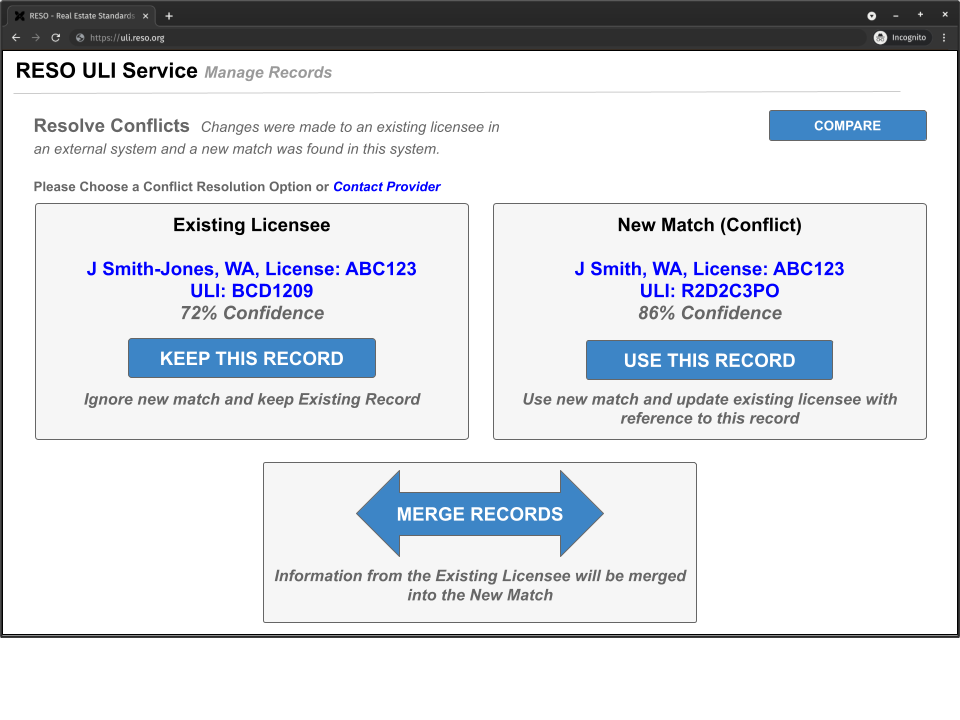 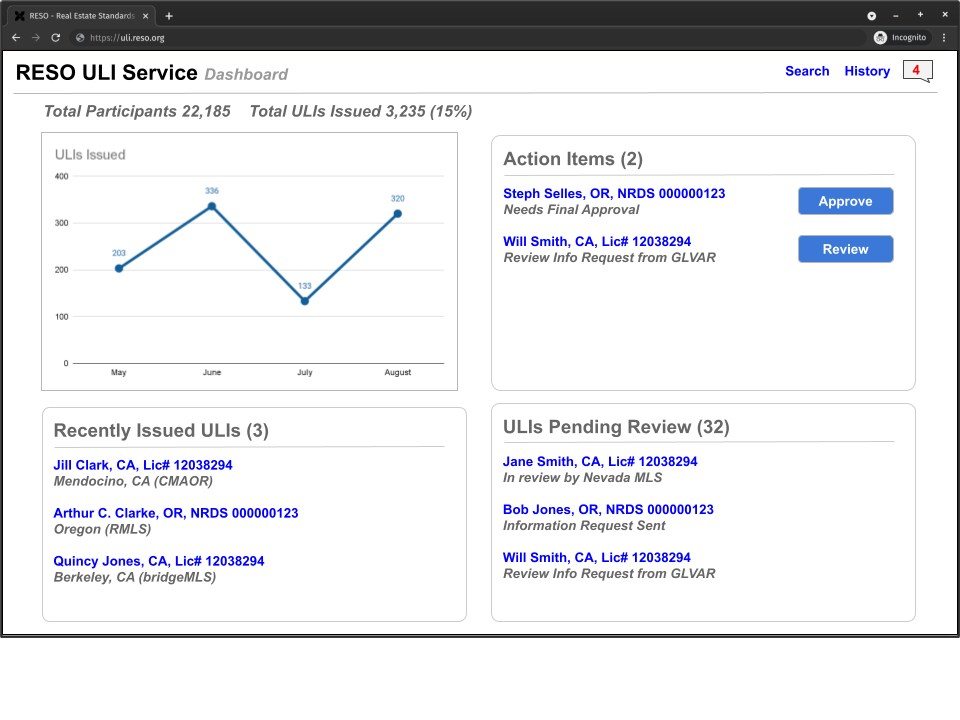